North Delhi Municipal Corporation in its affidavit filed today before a bench of Justices B D Ahmed and Sanjeev Sachdeva stated that in NDMC, 85,000 persons have not been paid old age pension since July 2014. These persons are who have attained age of 60 years; Destitute, Disabled (Deaf, Dumb, Physically handicapped having infirmity of permanent nature) 40% or more; Blind; Widows; Insane; Crippled; Divorcee woman; Kinner (ennuch); orphan child till he/she attains the age of 18 years; suffering from serious illness.

Earlier, EDMC told the High Court that it is yet to pay monthly pension since April 2013 to over 30,000 senior citizens under the old age pension scheme.

EDMC and NDMC replies came in response to a direction by the Court to file a status report on a PIL by Social Jurist, A Civil Rights Group accusing the Corporations of stopping the pension to more than 1.15 lakhs people, including the disabled, widows and the elderly under the scheme.

High Court had asked all the three Municipal Corporations to file affidavit stating the number of people entitled to receive pension and the number actually receiving pension.

The PIL, filed through Advocate Ashok Agarwal, termed the denial of pension as a violation of fundamental rights. Agarwal termed the EDMC and NDMC action “arbitrary and illegal”. 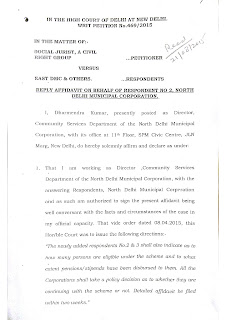 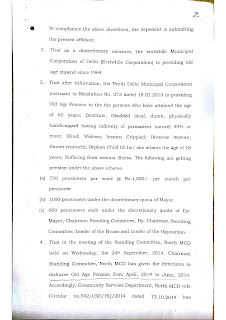 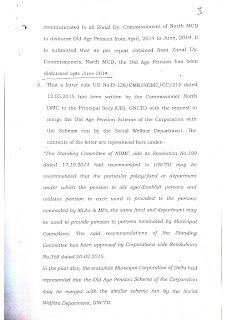 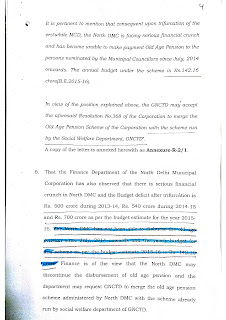 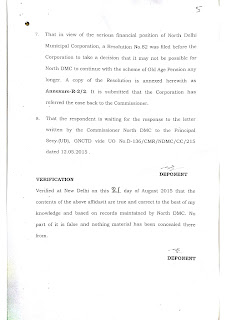