1175 GIRL STUDENTS ARE COMPELLED TO STUDY IN DARKNESS 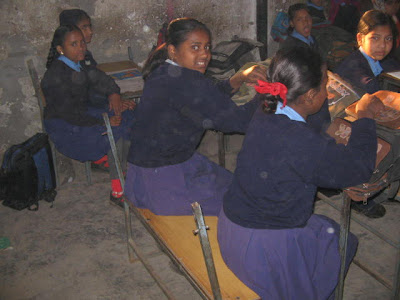 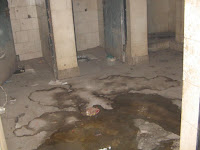 A Right to Education Task Force team (RETF) (a unit of Social Jurist) consisting of Advocate Ashok Agarwal and Mr. Akbar Ali of NGO Chetnalaya visited MCD Primary School, morning shift, C Block, Jahangirpuri, Delhi at 8.30 AM on January 2, 2008 and observed as under:-

1. 1175 girl students belonging to underprivileged section of society are studying in the school in classes, nursery to V.

2. Electricity connection is available in the school but there is no electricity in any of the classrooms and all the students are compelled to study in total darkness. This condition is there for the last so many months. Computer room is also non-functional. None of the classrooms was having functional tube lights though electric fittings were there. Interesting thing noticed was that tube lights were functioning in the Principal’s room. Other thing noticed was that a functional electric hot case was available in the Principal’s room and the teachers were using the same for their lunch packets.

3. Students were forced to sweep their respective classrooms. There is only one daily rated full time sweeper but of no use.

4. Out of two toilet bocks, one was locked and another was very dirty. Some of the students were using this dirty toilet block whereas most of the other students were easing themselves in open.

5. Except Principal’s room, all other rooms were dirty. Many of the desks were broken. Windows were without glasses and the students were facing chilly winds.

6. There are three nursery sections with 100 students but there is no aya posted for the last three years.

7. Barring absence of 4 teachers, all other teachers were present. The Principal had gone to attend an official meeting. However, in the conditions stated above, teaching work is almost impossible.