All India Parents Association (AIPA) on 28.05.2014 had made a representation to Smt. Smriti Irani, the Union HRD Minister, highlighting the issue of the growing commercialisation of education in private unaided schools and financial exploitation of parents by these schools. Citing the Delhi High Court’s observations in Social Jurist PIL against arbitrary fee-hike by private unaided schools, the representation had demanded a strong national legislation to regulate fee-hike. It had further suggested that in such legislation, provision be made for at least 50% representation to parents in the School-Management Committee of private unaided schools.
However, showing callous indifference, the Ministry, instead of acting upon the suggestions made in the representation, chose to forward the letter to the CBSE in a routine fashion, knowing well that it is not the task of CBSE to make laws for the country.
The CBSE has sent a reply dated 29.09.2014 under the signatures of Assistant Secretary (Affiliation) which reads as under:
“In this connection, I am directed to inform you that as all schools affiliated with the Board are expected to follow Rule 11 of Affiliation Bye Laws of the Board which prescribes fee charges should be commensurate with the facility provided by the institution also schools should consult parents/representatives before revising the fee. In case, if any complaint is received against the school, necessary action is initiated by the Board.”
This response of the MHRD, routed through the CBSE, suffers from the following lacunae:
·        Firstly, it ignores the fact that not all the private schools in the country are affiliated to the CBSE. There are several other national as well as state education Boards in the country to which CBSE bye laws have no application.
·          Secondly, CBSE is not a statutory body. The bye laws cited in this reply are not of statutory character either. They stand at a much feeble legal footing.
·        Thirdly, CBSE has no mechanism for auditing the accounts of the schools to determine as to whether the fee charged by a school is justified. Nor has it taken any action against any school in the country till date for charging unjustified fee. 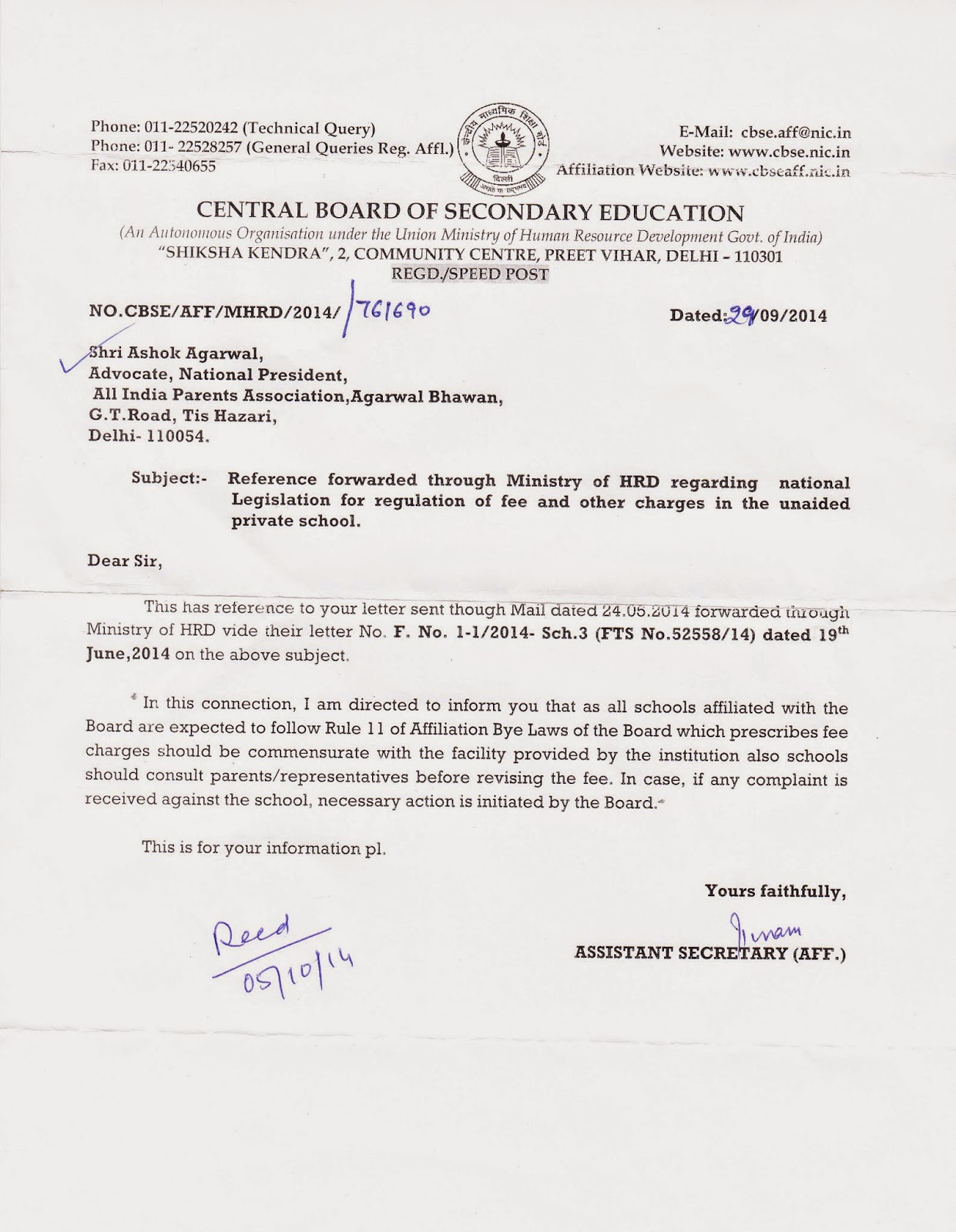 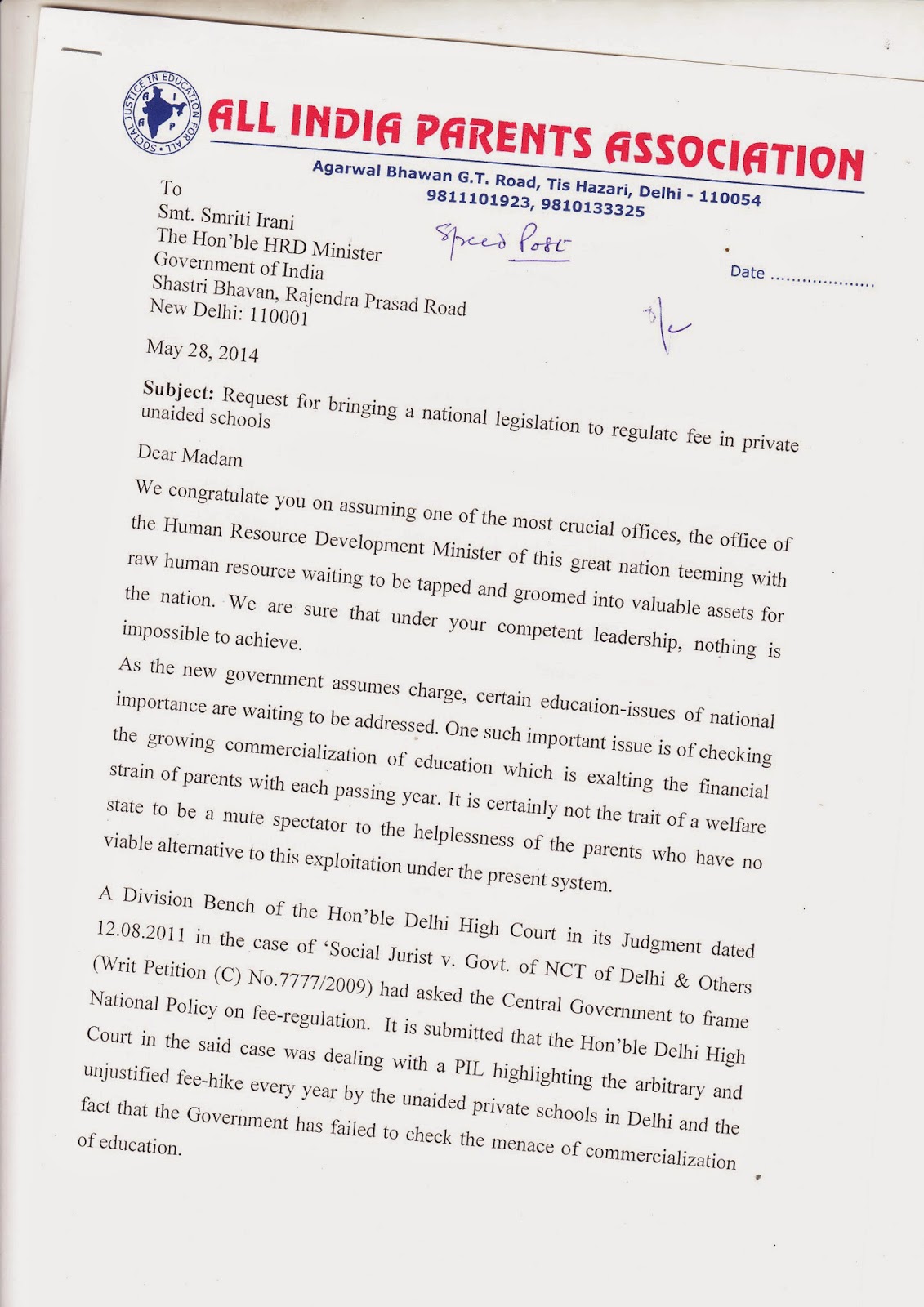 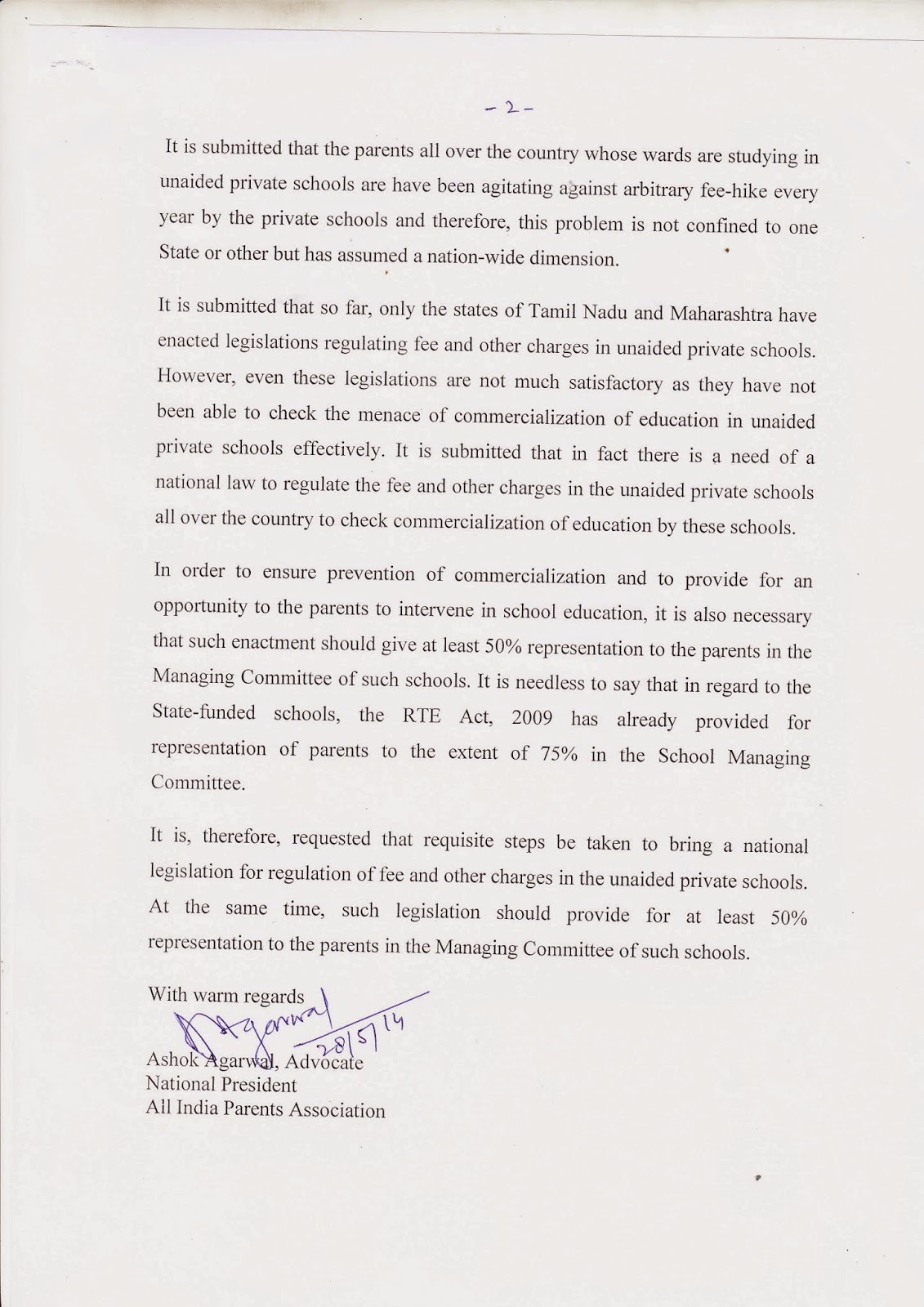