Subject: - Withdraw decision to discontinue teaching of German language as an option to Sanskrit in class VI to VIII in KVS

It is submitted that the aforesaid mid session decision is not only unfair, illegal, unconstitutional and unjust but also against the best interest of the child. We are really unable to understand any good reason for bringing such abrupt change in the curriculum. We therefore demand immediate withdrawal of aforementioned decision and allow all the students to continue with German language as a third language till they complete their class VI to VIII.

Regarding teaching of Foreign Languages in National Curriculum Frame Work the guidelines has been laid down in Para 2.8.5 on “Organization of Curriculum of elementary and Secondary Stages” are as under:

“In view of the fast increasing international interaction and cooperation in socio-political, educational, cultural and economic fields, a growing need for learning more and more foreign languages like Chinese, Japanese, Russian, French, German, Arabic, Persian and Spanish has recently been felt.

These languages cannot be accommodated within the Three Language Formula.  However, depending on the demand for the study of any number of these and the infrastructural resources available with the schools, these languages may be offered as additional options at the secondary stage”.

KVS has also made provisions for teaching of the foreign languages in Kendriya Vidyalayas as per choice of the students subject to fulfillment of other conditions as circulated by KVS from time to time. In our considered opinion, the withdrawal of German language is a retrograde on the part of KVS.

It is therefore submitted that it would be in the best interest of students to allow them to complete class VI to VIII with German language as third language. 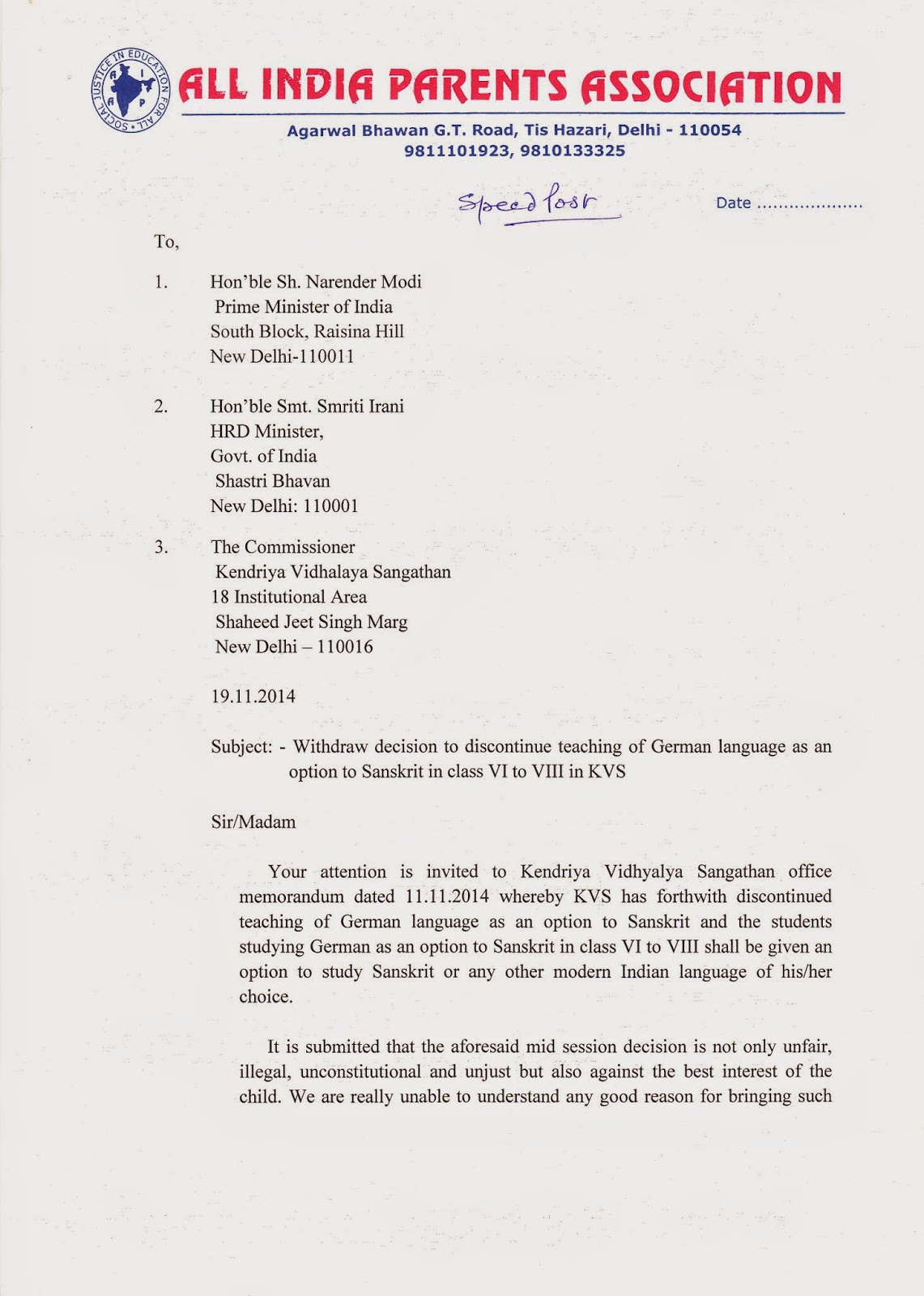 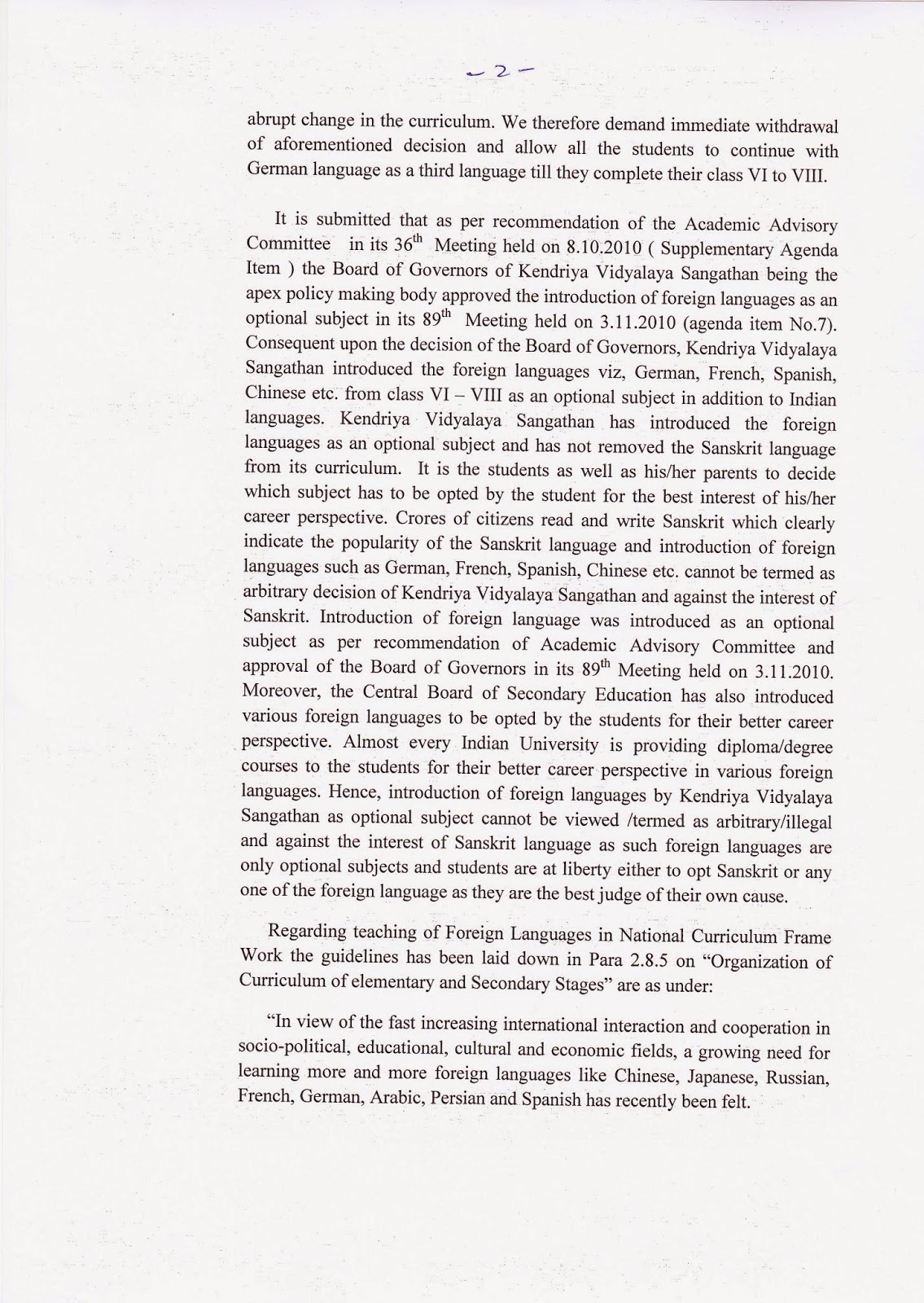 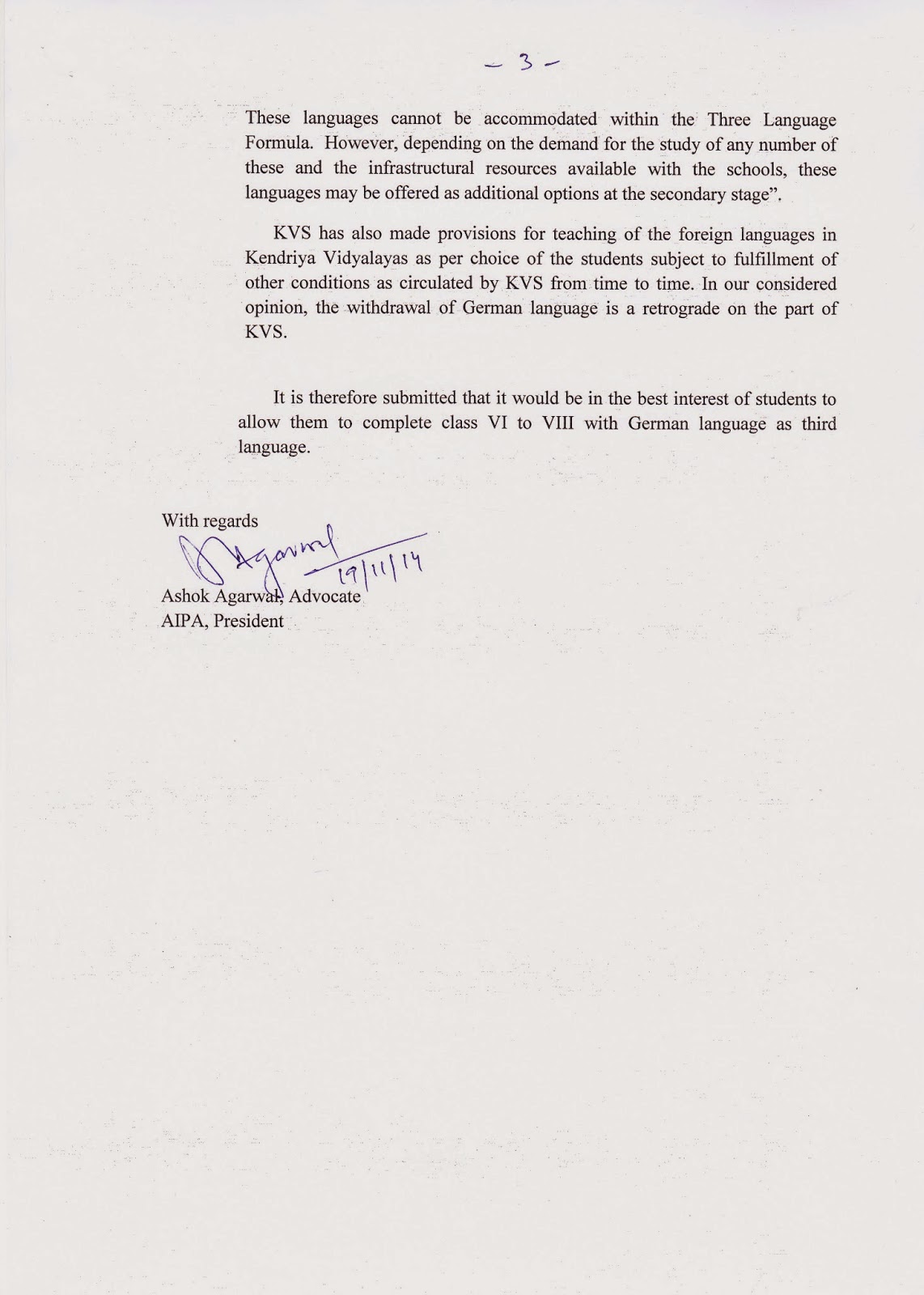