Sir
This is to draw your attention towards glaring high-handedness on the part of Mayo International School, I.P. Extension, Patparganj, New Delhi-92 which not only inflicted corporal punishment upon Baby Pooja, an EWS student of Class V, but on protest by the parent, has also suspended the child from school sine die. (Suspension-order attached). The present case highlights a policy of stark discrimination against EWS students followed by the school, besides its insensitive approach towards students generally and archaic practice of corporal punishment.

On 21.11.2014, Baby Pooja, a Class V-A student, was slapped by her teacher Ms. Dolly and humiliated in front of the entire class for the amusingly absurd reason that she had come to the school with two pony-tails. The next day, Baby Pooja’s mother Mrs. Mamta (M- 9871600757) met the errant teacher and complained that the child ought not to have been beaten up, that too in front of the entire class and the teacher instead should have sent a note in the child’s diary. The teacher got furious over this and retorted that the parent ought not to have come to school with such frivolous complaints as the school had been ‘obliging’ them as the child was studying under EWS category. The teacher, joined by the Principal and the Manager, further threatened the parent to expel the child from school and instructed the gate-keeper to force the mother out of the school premises. At the end of the same day, Baby Pooja was handed over a suspension-letter by the school, thereby suspending the child from the school sine die over the alleged ground of her parents having “misbehaved with the school staff and used indecent language for her.”

It is needless to state here that the action of suspending the child on the part of the school is absolutely illegal, grossly illogical and violative of the provisions of the RTE Act, 2009. It is also discriminatory against the EWS student and places the EWS child at a disadvantage vis-à-vis the general students. Inflicting corporal punishment upon child is itself illegal and violative of the provisions of the RTE Act, 2009. Moreover, the child’s studies cannot be interrupted over an alleged dispute between the parent and the school, that too, when the child is studying in an elementary class. It is in any case a matter of right of the child to be protected from corporal punishment and maltreatment by the school and a right of the parents to protest against the same, which are in no manner diminished by the fact that the child is studying under the EWS category. Such an incident creates a bad precedent for all the students who have been studying under EWS category as a matter of right in various schools across the country.

You are therefore requested to take urgent cognizance of the complaint and ensure that the child’s studies are forthwith resumed and further that appropriate action is taken against the errant teacher and the school-authorities for harassing the parent and the child in the above-stated manner. 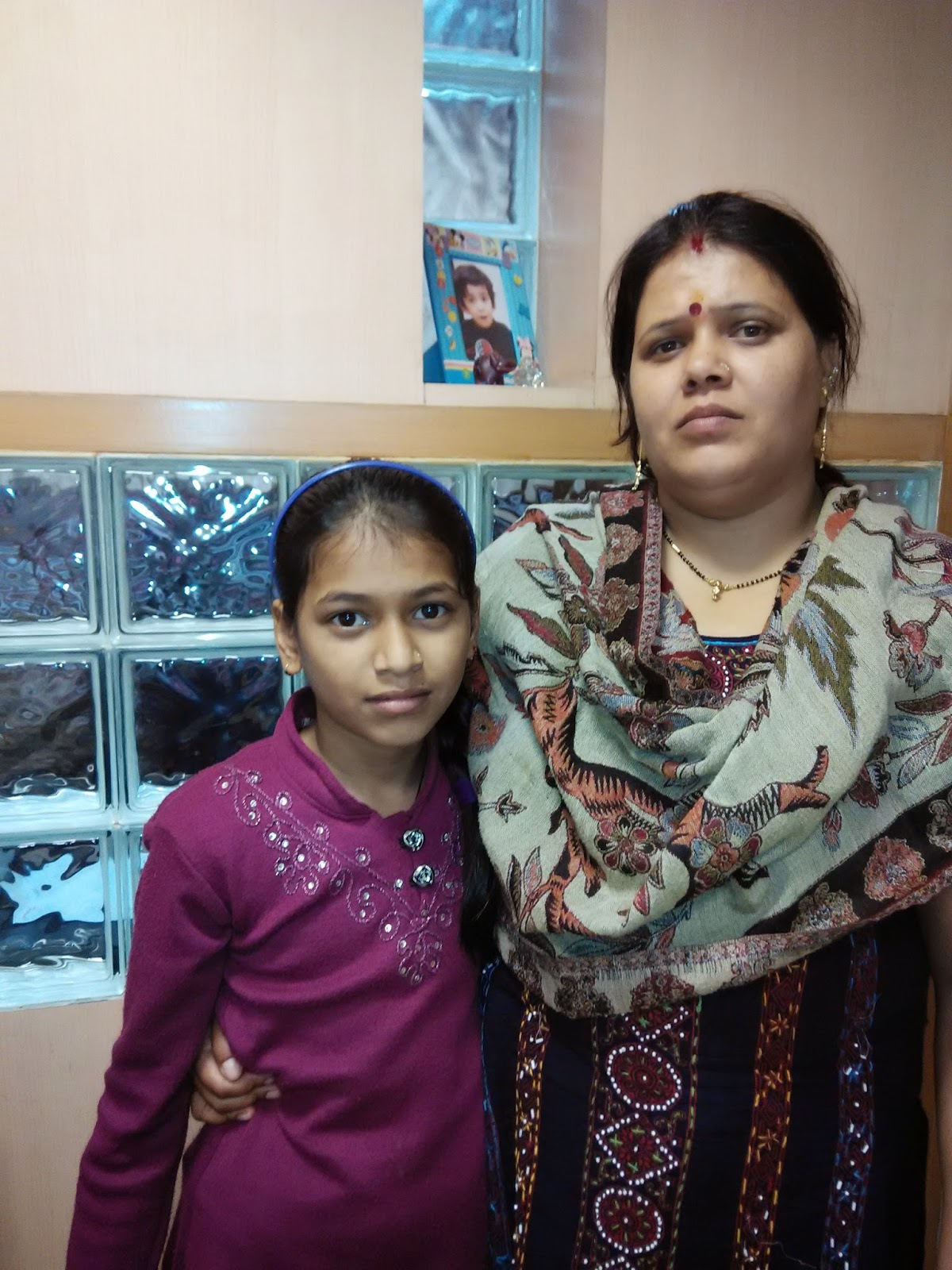 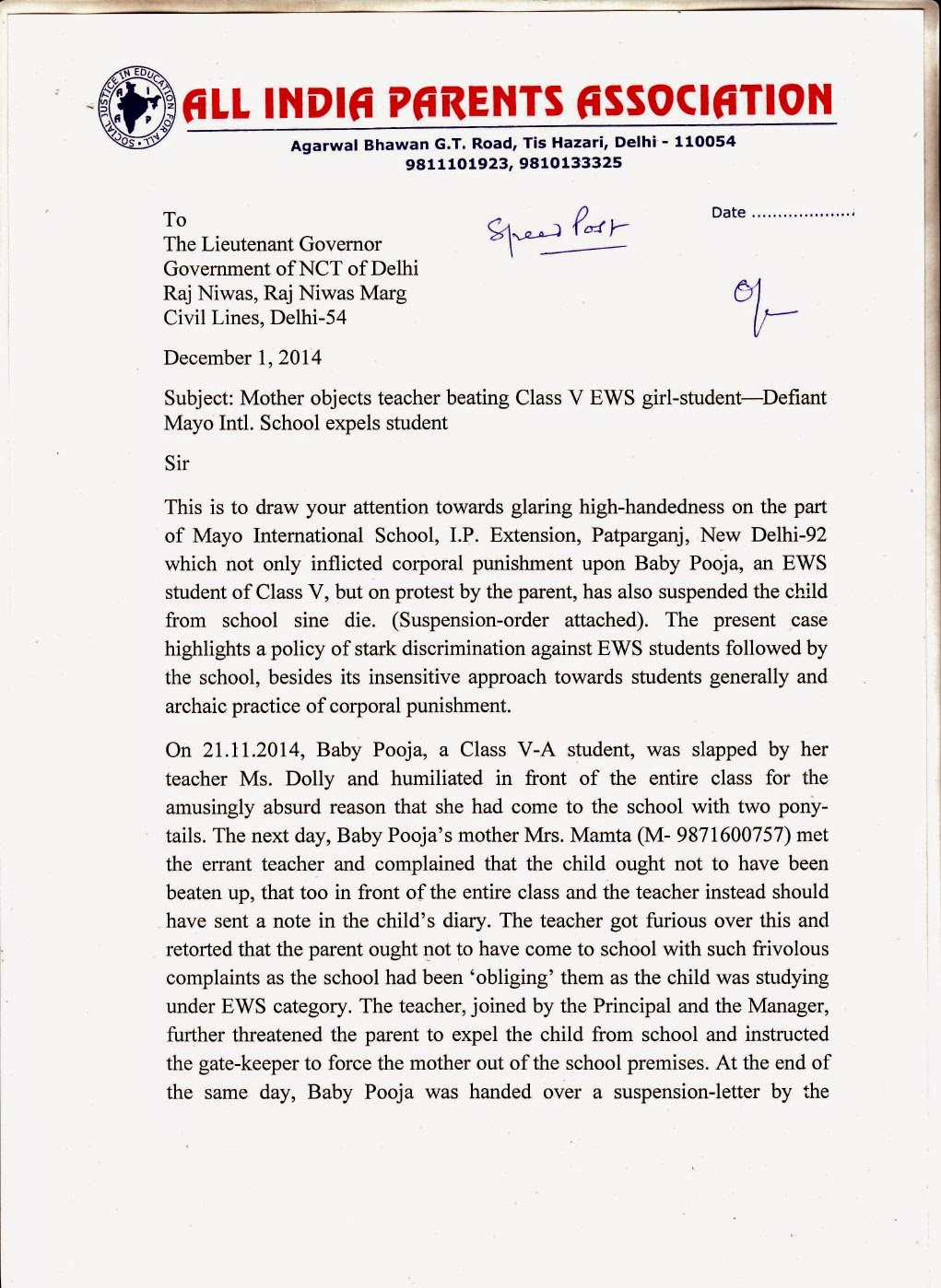 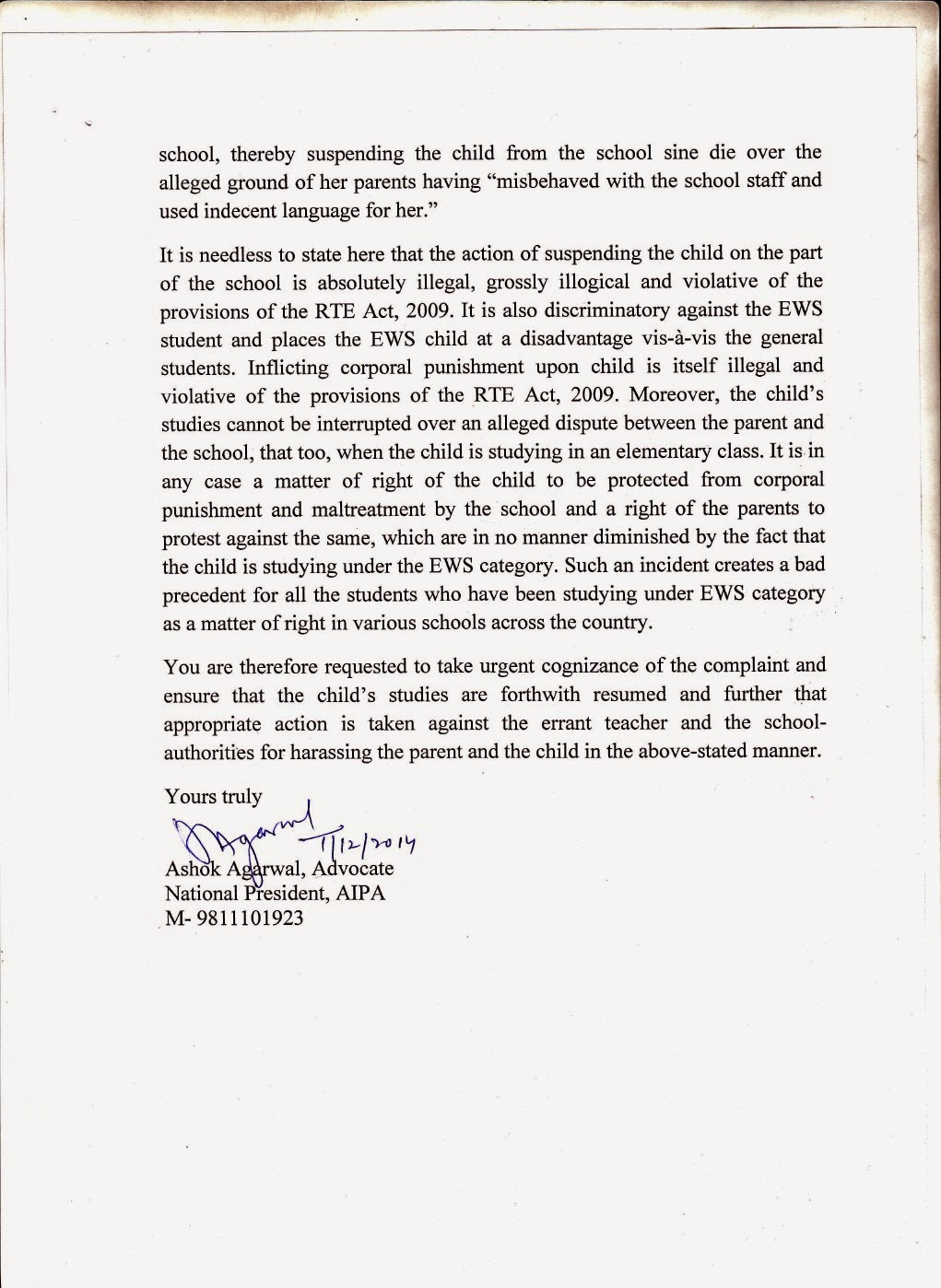 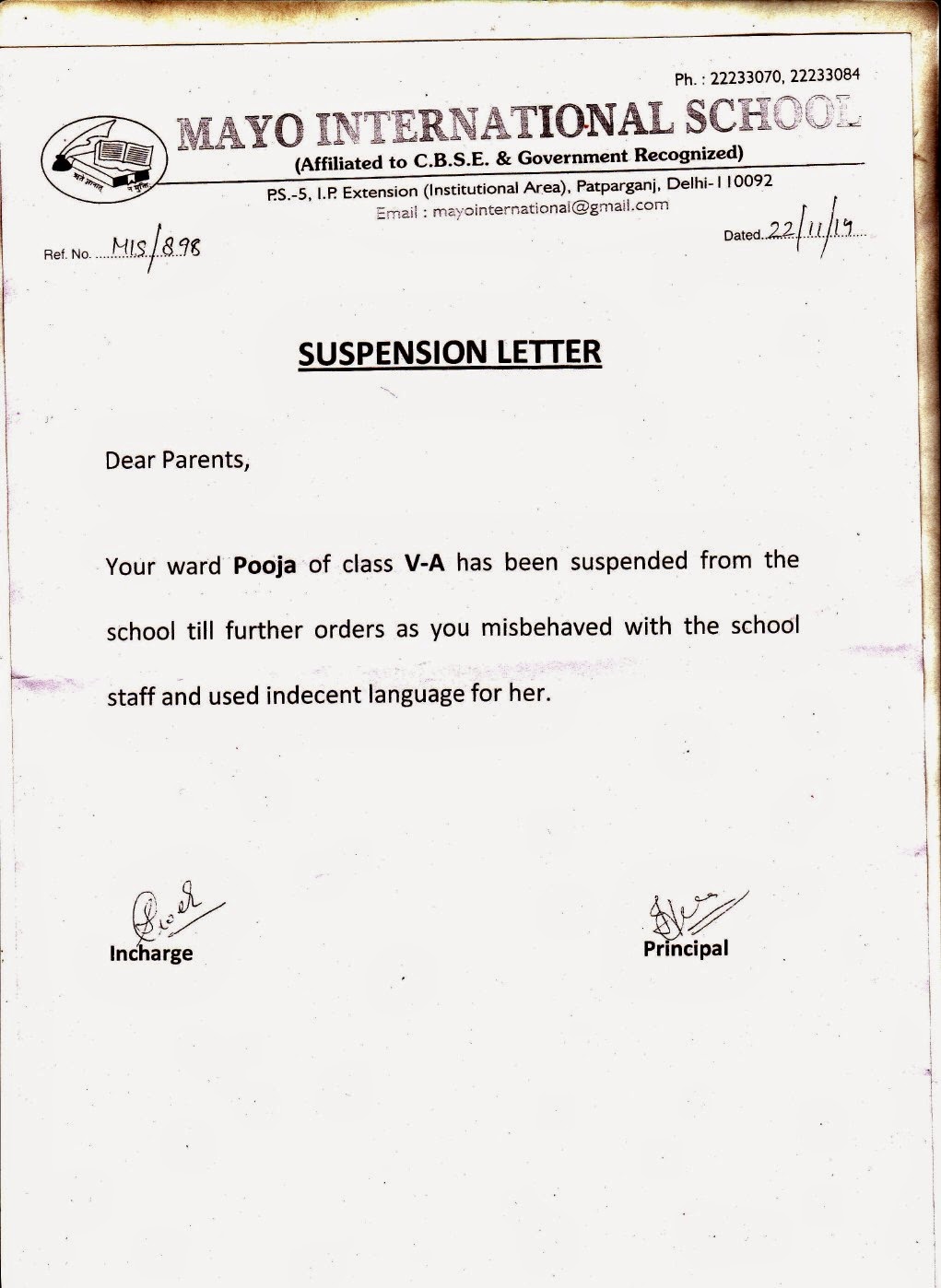