Subject: Need to curb the sources of black money at home

However, it is a matter of great surprise that while the ongoing private unaided school-admission process in Delhi is generating hundreds of crores of rupees in the form of ‘donations’ and capitation fee, which are not only black money but also qualify as proceeds of crime, in terms of the prohibition contained in Section 13 of the RTE Act, 2009, this issue has hardly received any attention of your government.

We, therefore, urge the government to divert some of its attention to this direction. 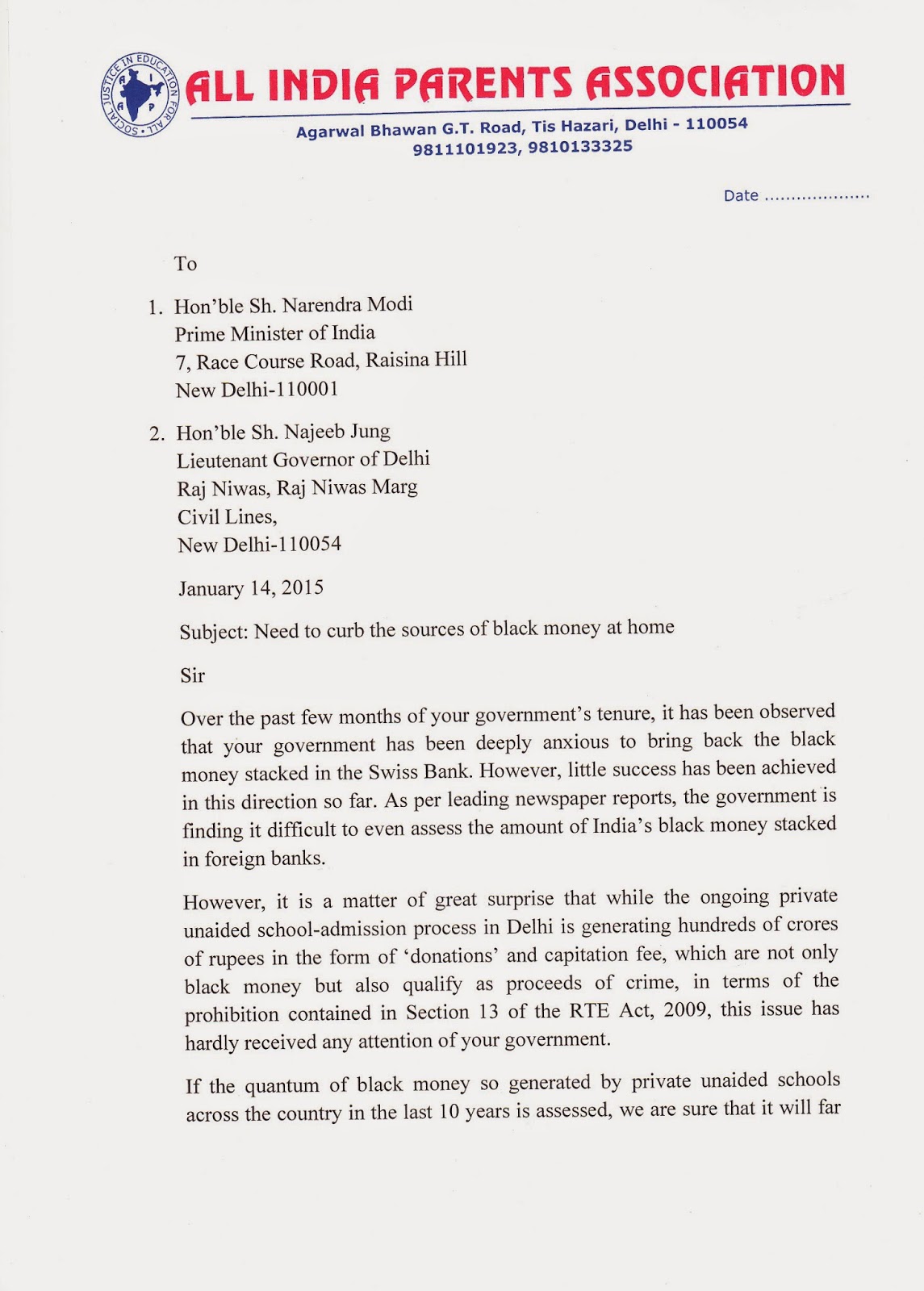 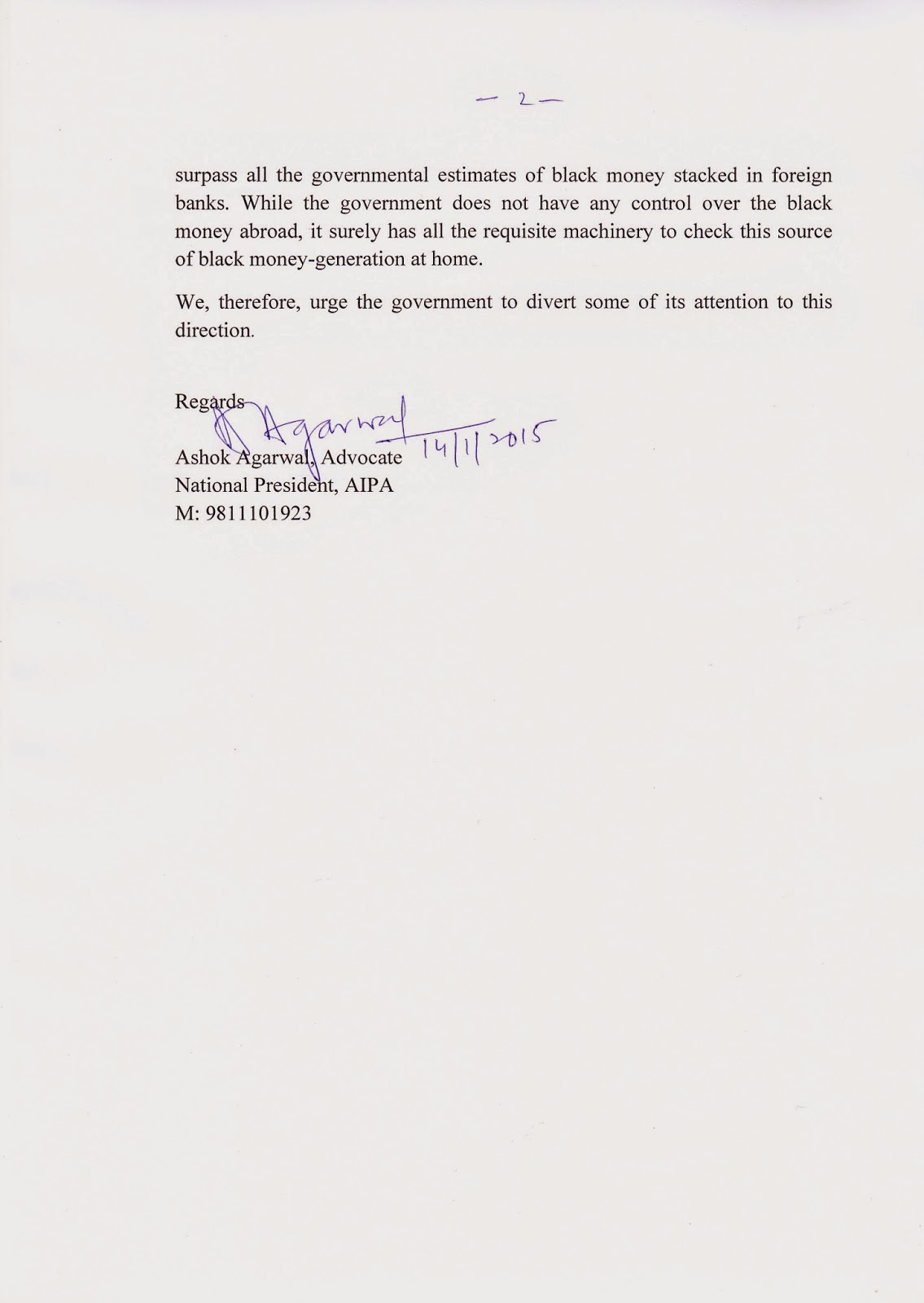