It is submitted that in the year 2013-14, Master Himanshu could not approach any Government school for admission as he suddenly fell ill and remained sick for a couple of months. It is also submitted that now Himanshu has fully recovered and is seeking admission in Class IX in Govt. Boys Senior Secondary School, New Kondli, New Delhi-96. It is imperative to note here that Himanshu and his mother approached the aforementioned school several times, but unfortunately, each time, they were denied admission on one pretext or another.

I see no justification on the part of the school to deny admission to Master Himanshu in Class IX for the academic year 2014-15, based on a valid School Leaving Certificate, duly countersigned by Department of Education, Govt. of NCT of Delhi. Therefore, the action of the said school is entirely arbitrary, discriminatory and illegal and in violation of Fundamental Rights guaranteed to Master Himanshu under Articles 14 and 21 of the Constitution of India read with provisions of Delhi School Education Act, 1973. Himanshu’s mother Meena Devi approached me and has requested me in writing to provide help to Himanshu. (Original letter along with copies of School Leaving Certificate, previous Academic records, birth certificate and Aadhar card enclosed hereto).

It is, therefore, requested to please intervene in this matter on urgent basis, ensuring admission of Master Himanshu in Class IX in Govt. Boys Senior Secondary School, New Kondli, New Delhi-96 or in any other Government school in close vicinity of his residence. 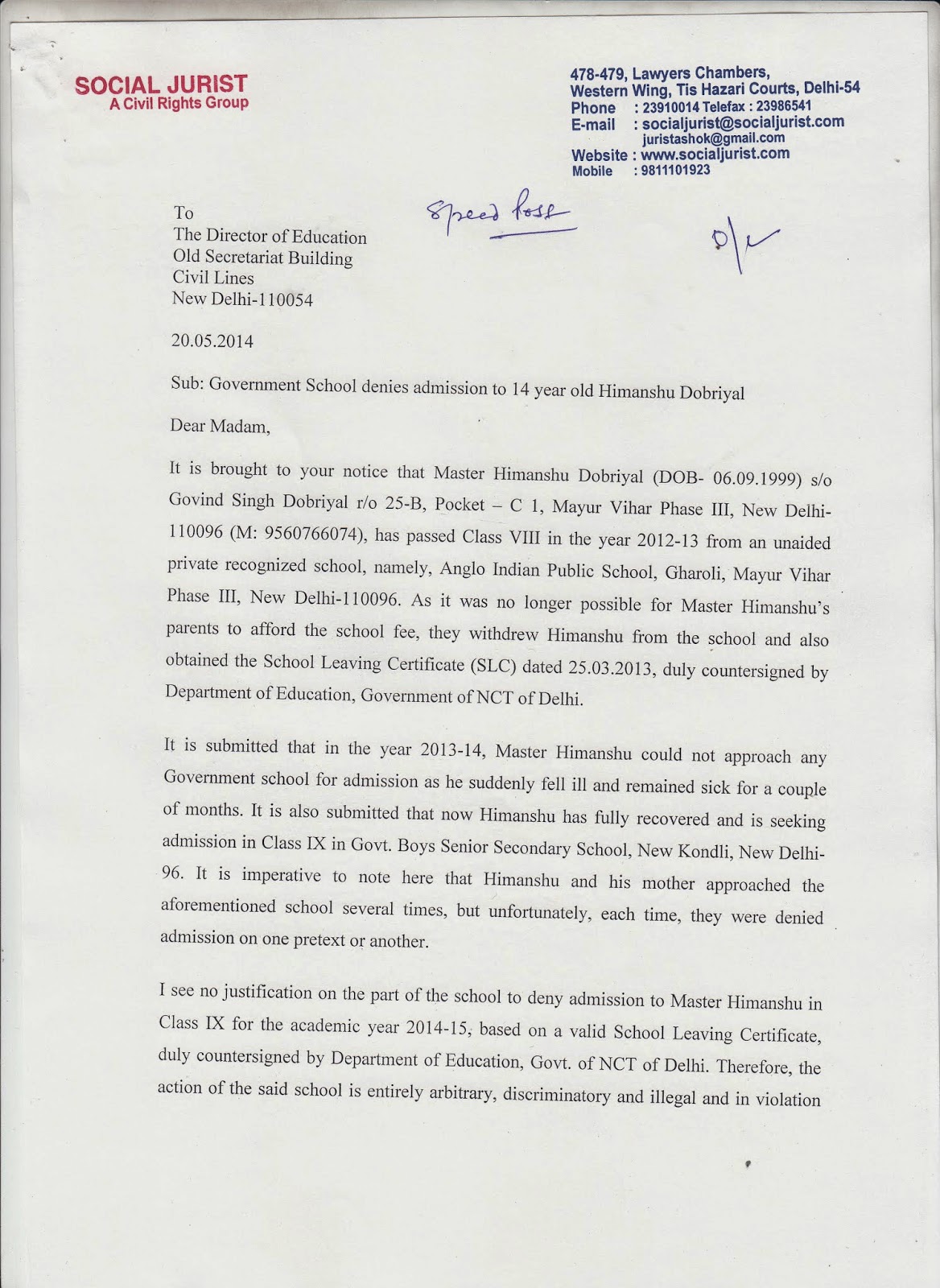 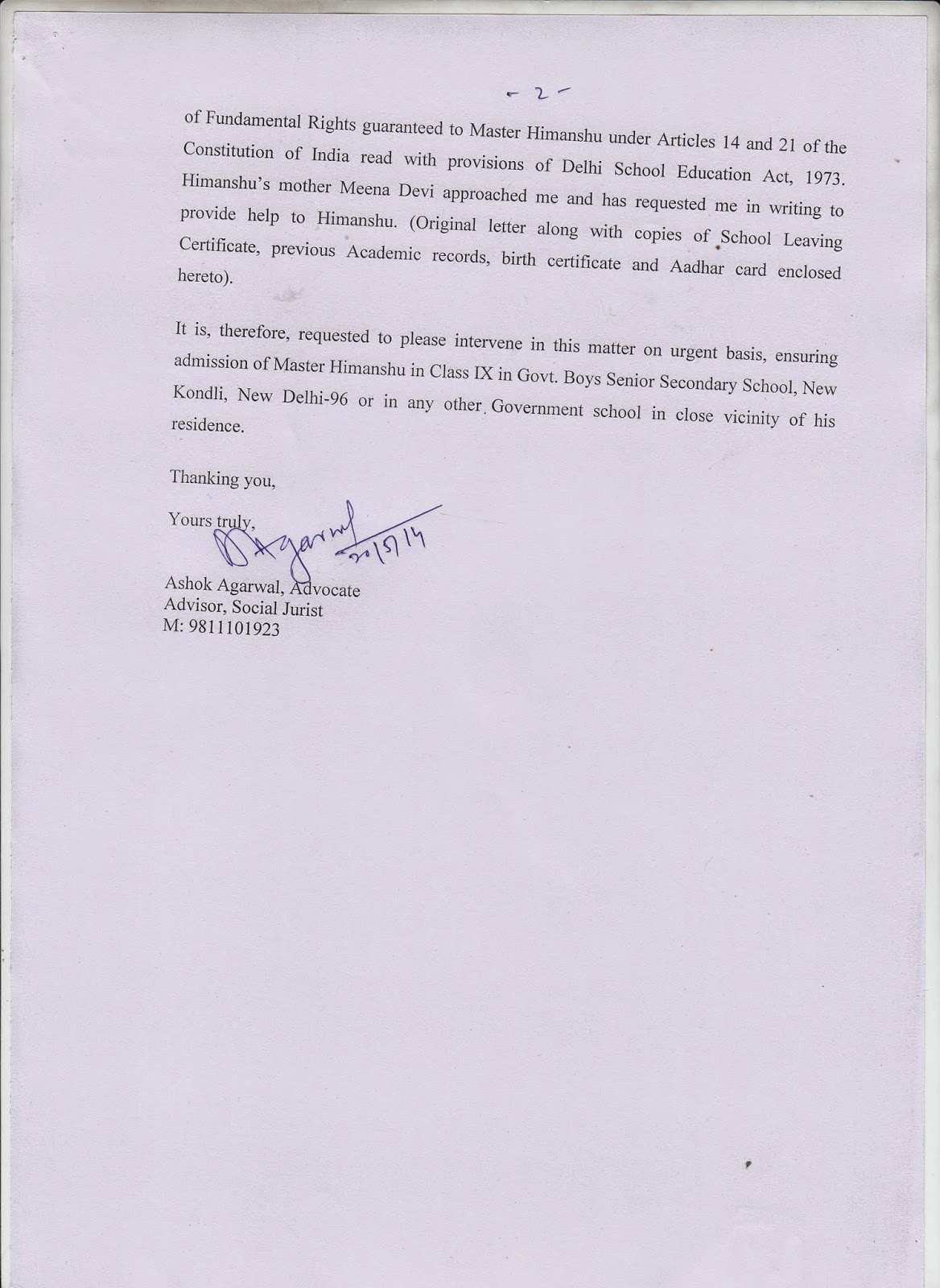