She had cleared the dues up to March 2014 well in time and had made a representation in April 2004 itself that she wished to withdraw her sons from the school. The school persistently denied handing over Transfer Certificates to the two boys and are now demanding fee for the months of April-July as a condition precedent for obtaining the Transfer Certificates. The two boys did not even attend school during this period and thus this demand of fee is absolutely unjustified and amounts to extortion on the hands of the school management. Smt. Reena Chowdhry had made another representation to the DDE on 26.07.2014 regarding the matter, but no action has been taken till date. (Copy of the same is enclosed)

It is interesting to note that Smt. Reena Chowdhry had also made an attempt to withdraw her sons from this school last year, but was coaxed into staying by a marginal decrease in the fee. However, Smt. Reena does not have the financial resources to continue paying the high fees of a private school. The two boys are currently out of school and are being prevented from taking admission in any Government school since they do not have their respective Transfer Certificates. The school is owned by Shri Jai Kishan Dhaka, who is a Congress MLA from Sultanpur-Majra in Delhi, and the students and parents are unable to get any relief since the school is owned by such an influential person. The students and parents are having to pay a heavy price for this, not only financially but also in terms of education since the boys are currently out of school and unable to get admission anywhere else.

I thus request you to look into the matter and direct the above mentioned school to hand over the Transfer Certificates to the two students without demanding clearance of any dues since the fee demanded for the months of April-July is outright unjust and bad in law. 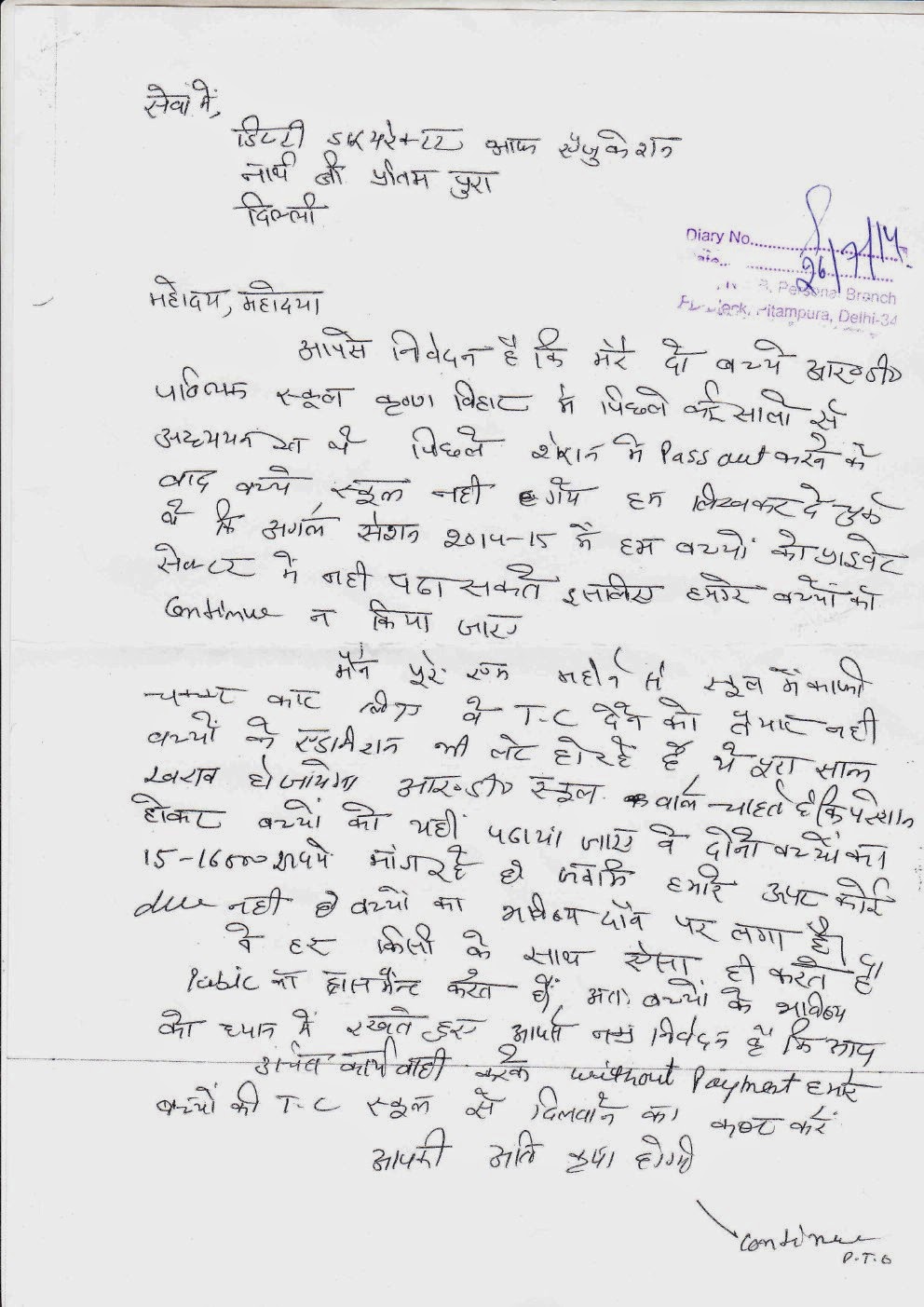 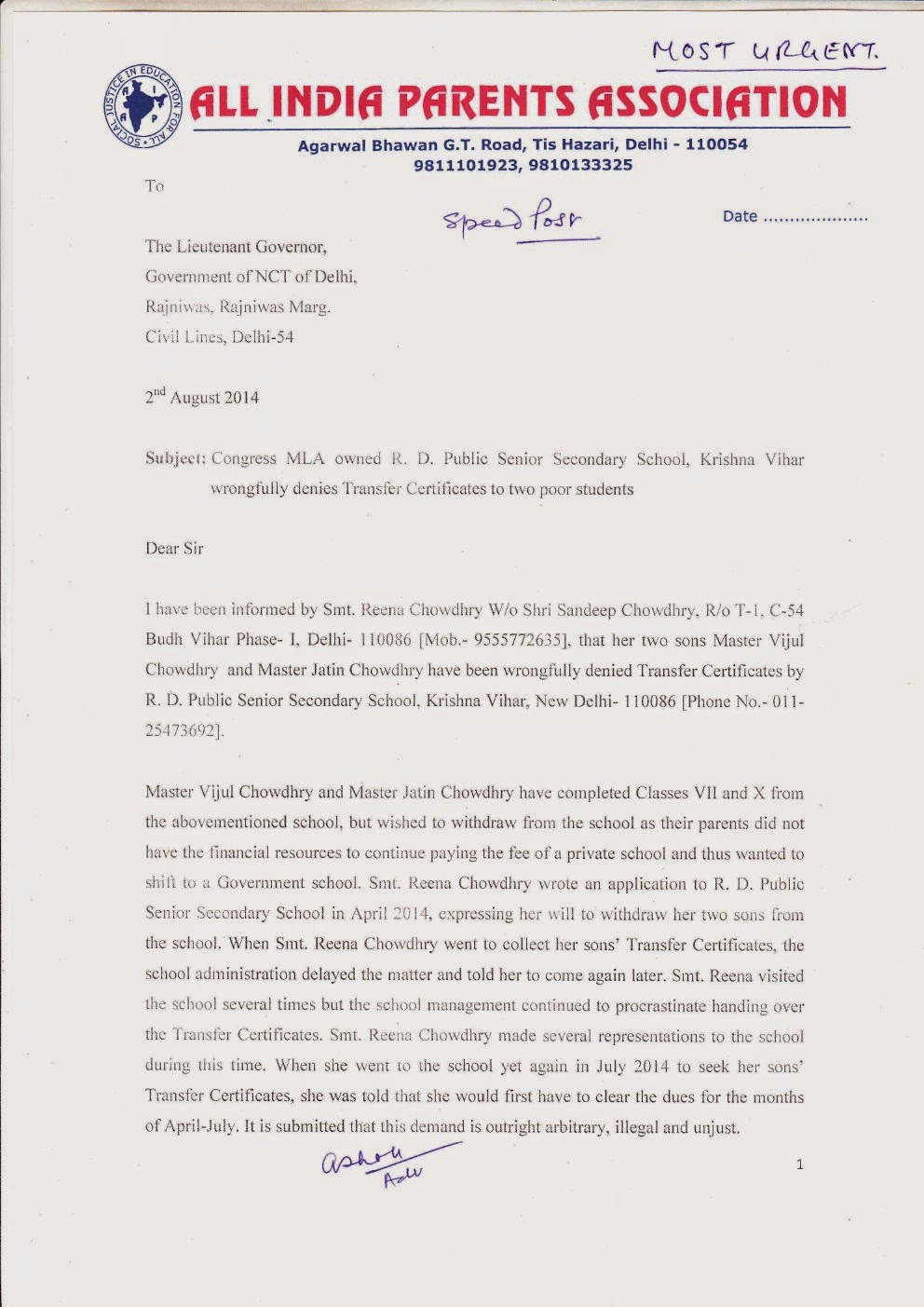 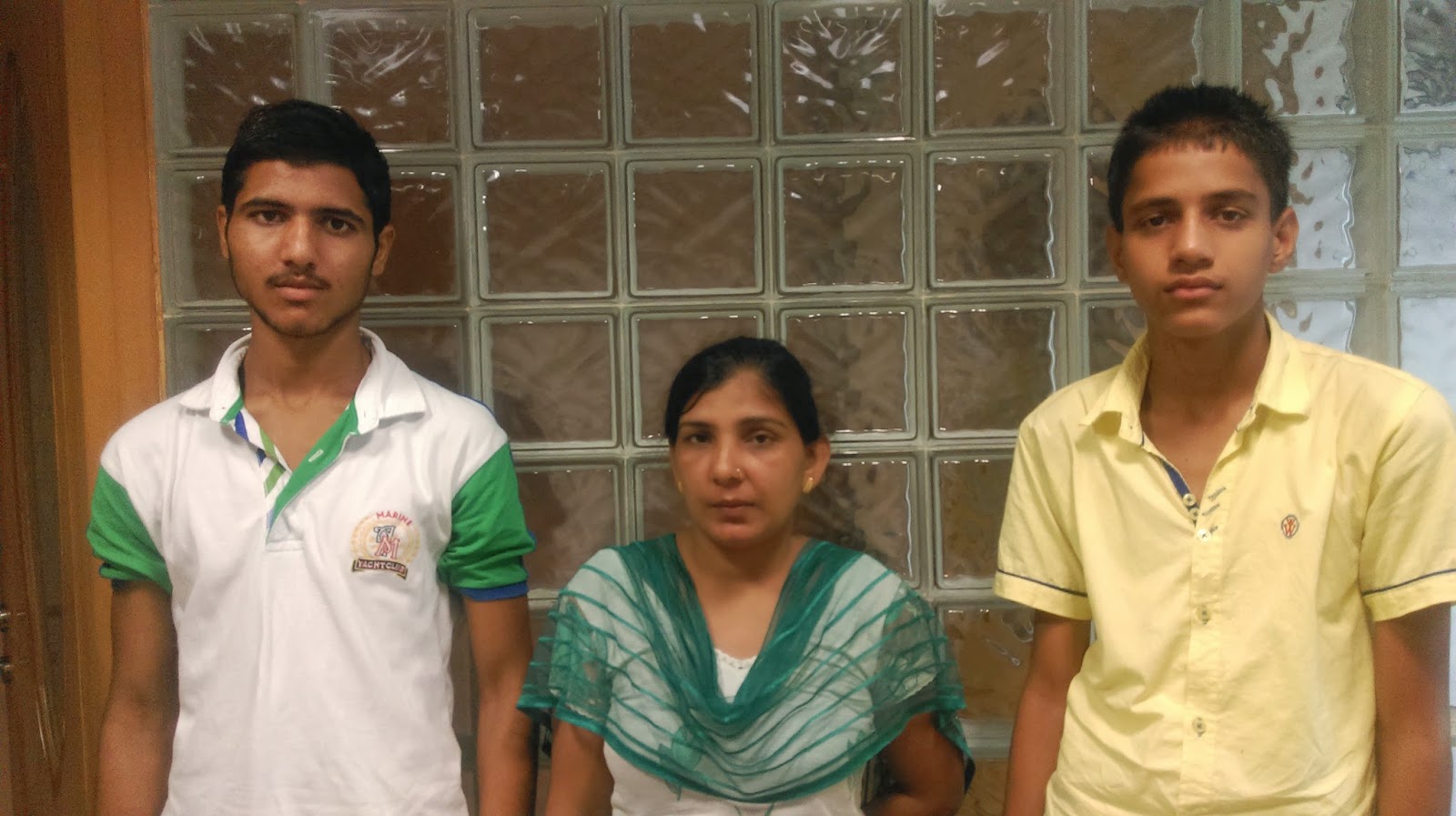