To
The Director of Education
Government of NCT of Delhi
Old Secretariat Building
Civil Lines
Delhi-54
August 22, 2014
Subject: Mockery of RTE Act, 2009--Arbitrary denial of admission in Class VII to Baby Preeti Kumari by Delhi Government Girls’ Senior Secondary School, Vivek Vihar, Phase-II
Dear Madam
It is most painful to see that the trend of arbitrary denial of admissions even in elementary classes by Delhi Government Schools continues till date, despite the passage of more than 4 years since the enforcement of the Right of Children to Free and Compulsory Education Act, 2009. It seems that the RTE Act, 2009 is nothing more than a dead-letter in the eyes of the school-authorities even in our capital city.
In the present case, a parent Mr. Krishan Singh (M: 8130162934), r/o 381, Ambedkar Camp, Jhilmil Industrial Area, G.T. Road, Delhi-95, battling for the Right to Education of his daughter has written to me on how the Government Girls’ Senior Secondary School, Vivek Vihar, Phase-II has blatantly refused to admit his daughter, baby Preeti Kumari to Class-VII. I had referred the parent to the Deputy Director concerned but he was not allowed to see the Deputy Director by the staff deputed at the Deputy Director’s office. A copy of the letter written by Mr Krishan Singh to me is enclosed hereto for your reference.
You are requested to immediately intervene in the matter to prevent further delay and ensure immediate grant of admission to Baby Preeti Kumari in Class VII in the said school, in order to save the precious academic year of the child.
With regards
Ashok Agarwal, Advocate
National President, AIPA
M: 9811101923 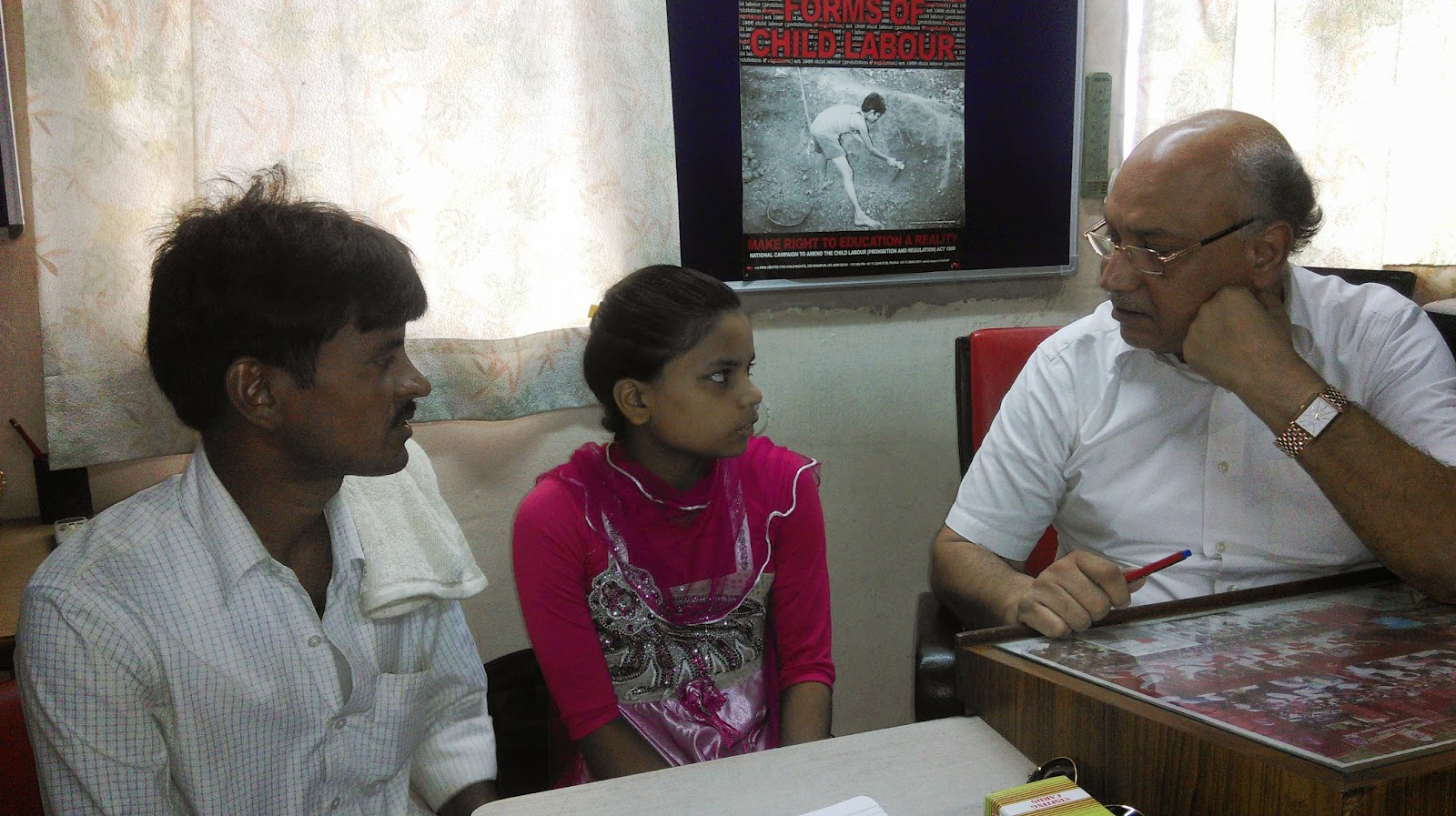 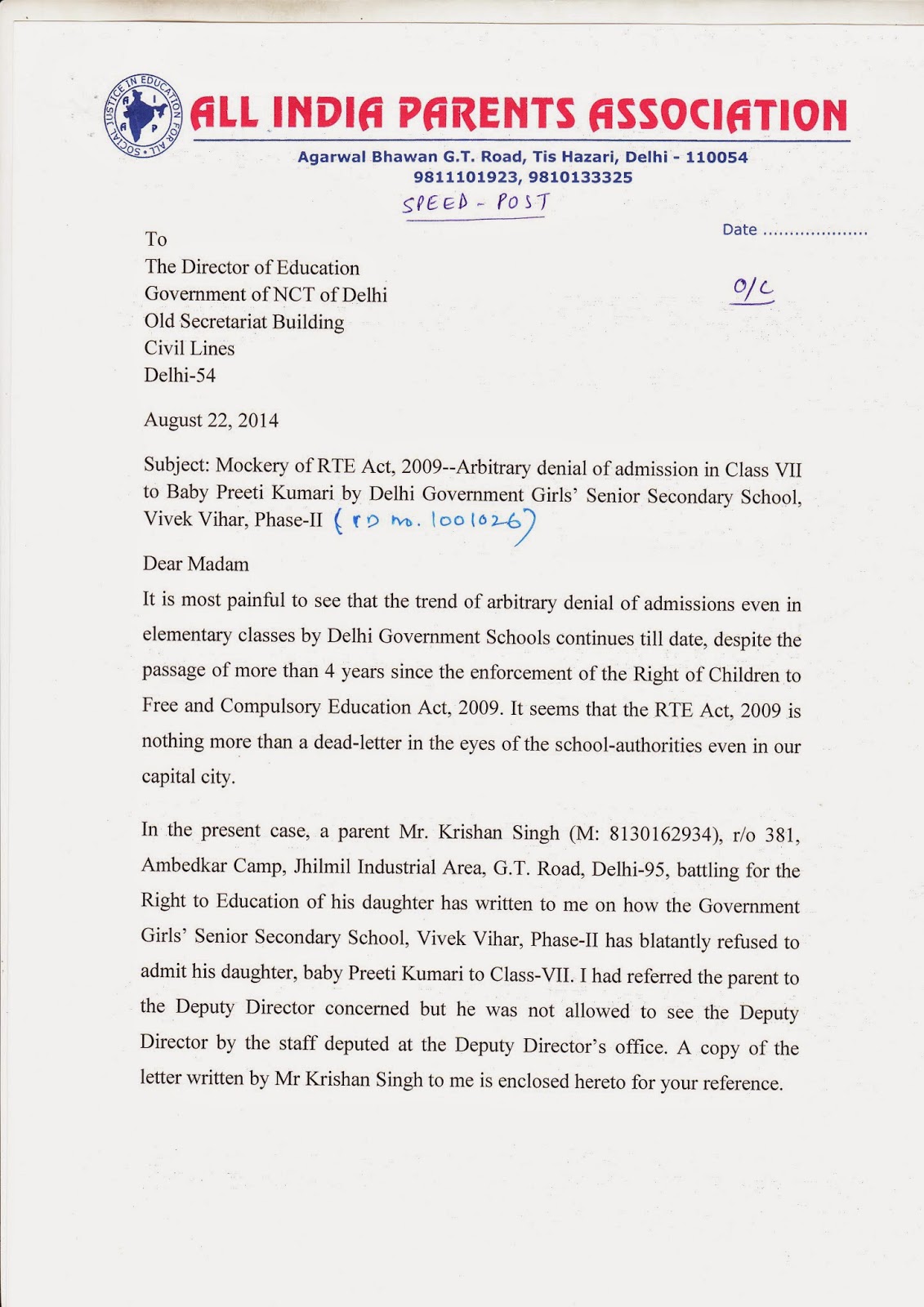 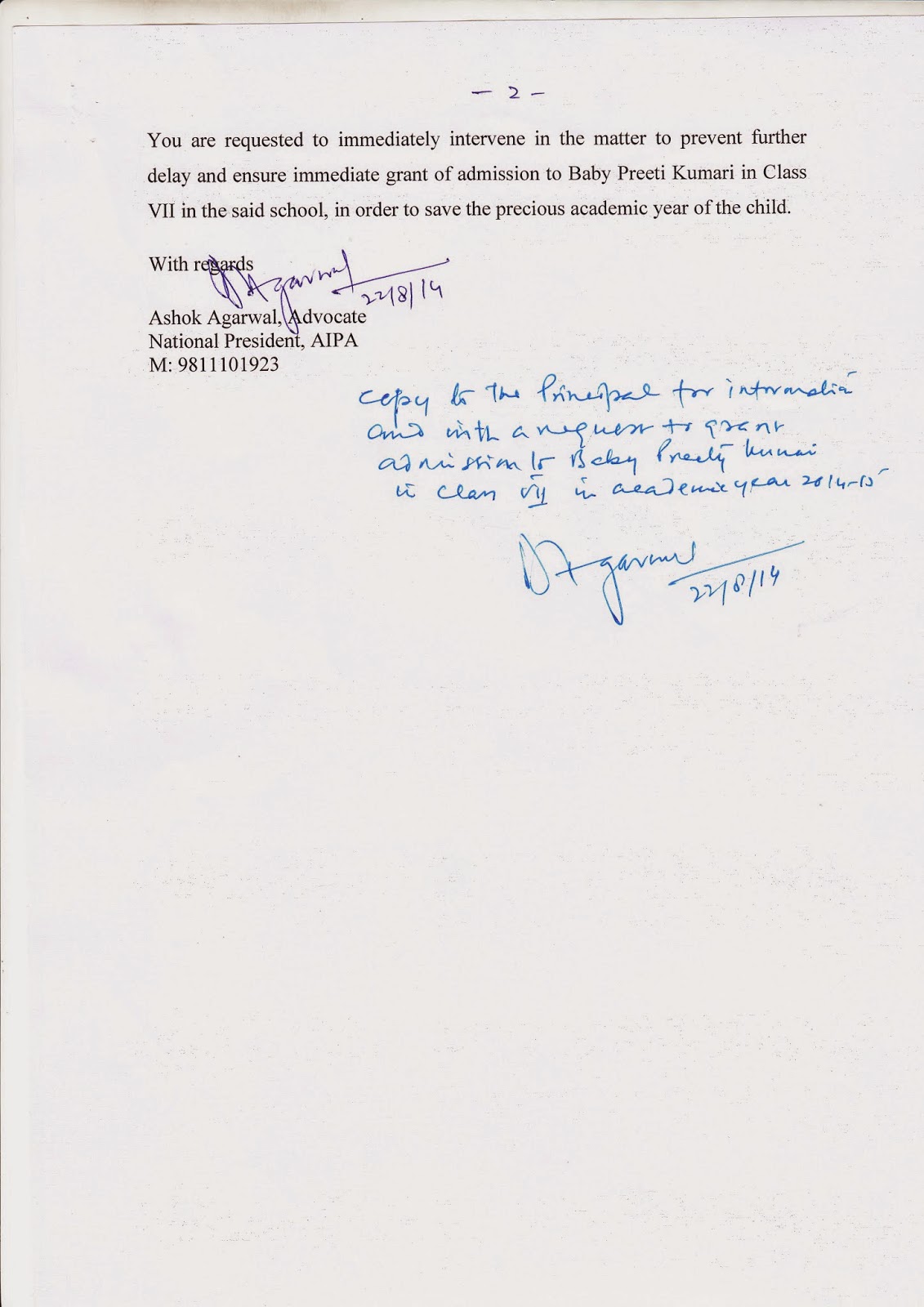 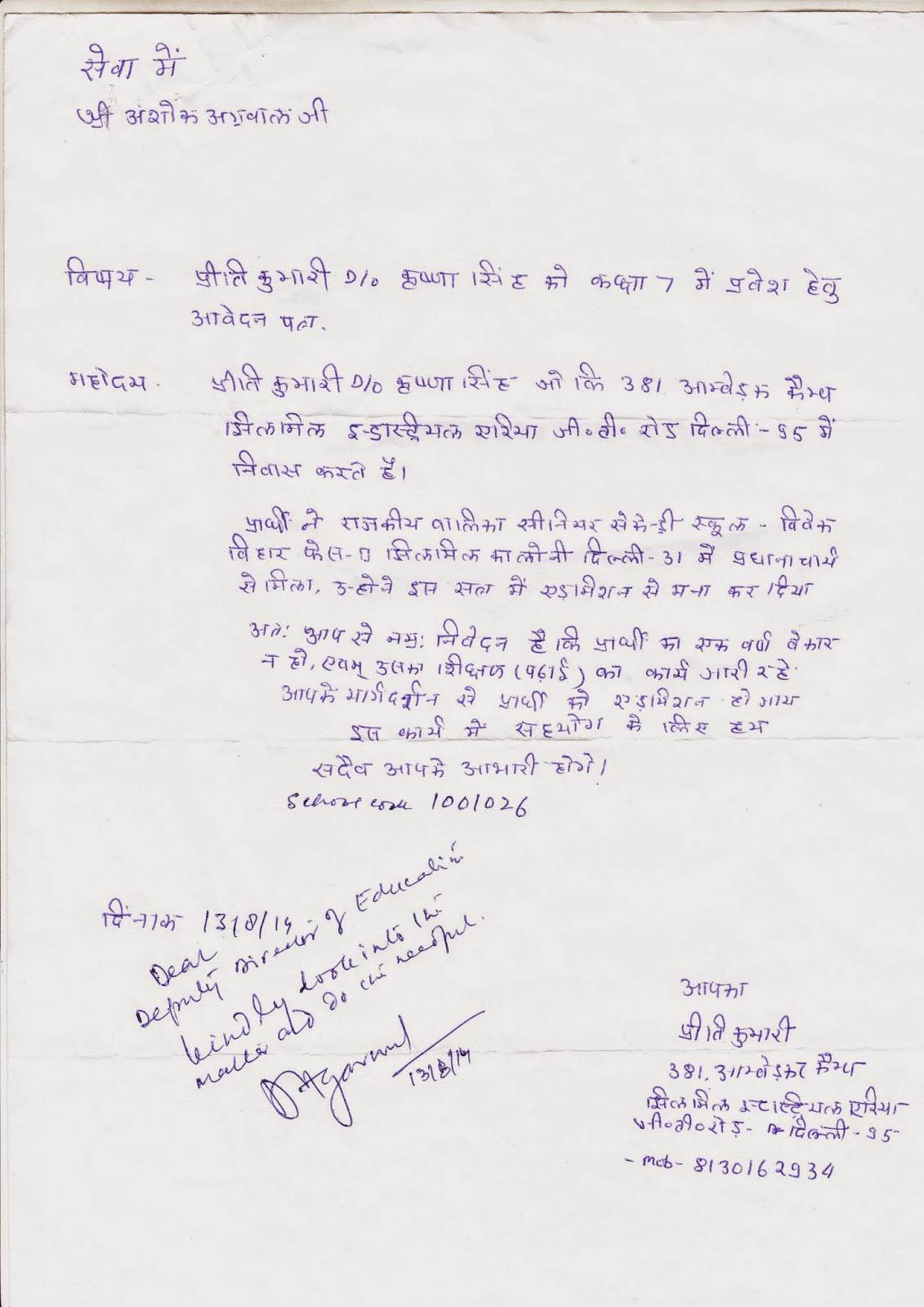