This morning, at around 8:30 a.m. fellow-advocate Mr. Surendra (M: 8802400834) brought a family to my office at 478-479, Western Wing, Tis Hazari Courts, Delhi-54 for the purpose of guiding and assisting them for procuring free treatment of their one-year old girl child under EWS category in any identified private hospital. Mr. Surendra had had a chance-encounter with them while on his way to the Tis Hazari Courts. Finding the girl-child in a deplorable physical health and grossly mal-nourished, he persuaded them and escorted them to my office.

At the first sight, it struck to me that amongst the four members in the family, including father, mother, a nearly five-six years old male-child and a one-year old girl child, the girl-child was in strikingly poor health and highly mal-nourished. The mother was also a feeble-looking woman, while the father and the male-child were in a much better health. After consulting Dr. R.N. Das, Medical Superintendant (Nursing Homes) at the Directorate of Health Services, Government of NCT of Delhi, who is a fellow-member of the Delhi High Court-constituted EWS free treatment monitoring Committee, I advised them to approach Maharaj Agrasen Hospital, Punjabi Bagh, for free treatment to the girl-child and informed them that the Hospital may also admit the child free of cost, if so required. While the mother showed some interest, the father was highly reluctant, non-cooperative and obstinate, exhibiting a bad temperament and giving lame excuses such as who would cook food for him if the child has to be admitted and mother has to be held up at the hospital for that reason. The father accordingly refused to take the child to the said Hospital and said that the maximum he could do was to take the child to a government hospital in their own locality at Shastri Park. In view of the circumstances, I asked them to take the child to the government hospital available in their own locality. I however, doubt if the child has been taken even to the government hospital.

My larger concern, however is, that apparently, it is a case of deliberate neglect and starvation of the girl-child, most likely at the instance of the father, as reflected by the shocking extent of mal-nutrition of the child. In such circumstances, it amounts to nothing less than an attempt to murder the girl-child. It is also a matter of violation of the human rights of the girl-child. I have taken pictures of the family which are self-speaking and also noted the name and address of the father as was given by him. The particulars noted by me are as below:

Photographs of the family, including those of girl-child and his father, are enclosed hereto for the purpose of investigation.

You are requested to take immediate action in the matter, ensuring health and safety of the one-year old mal-nourished girl-child. 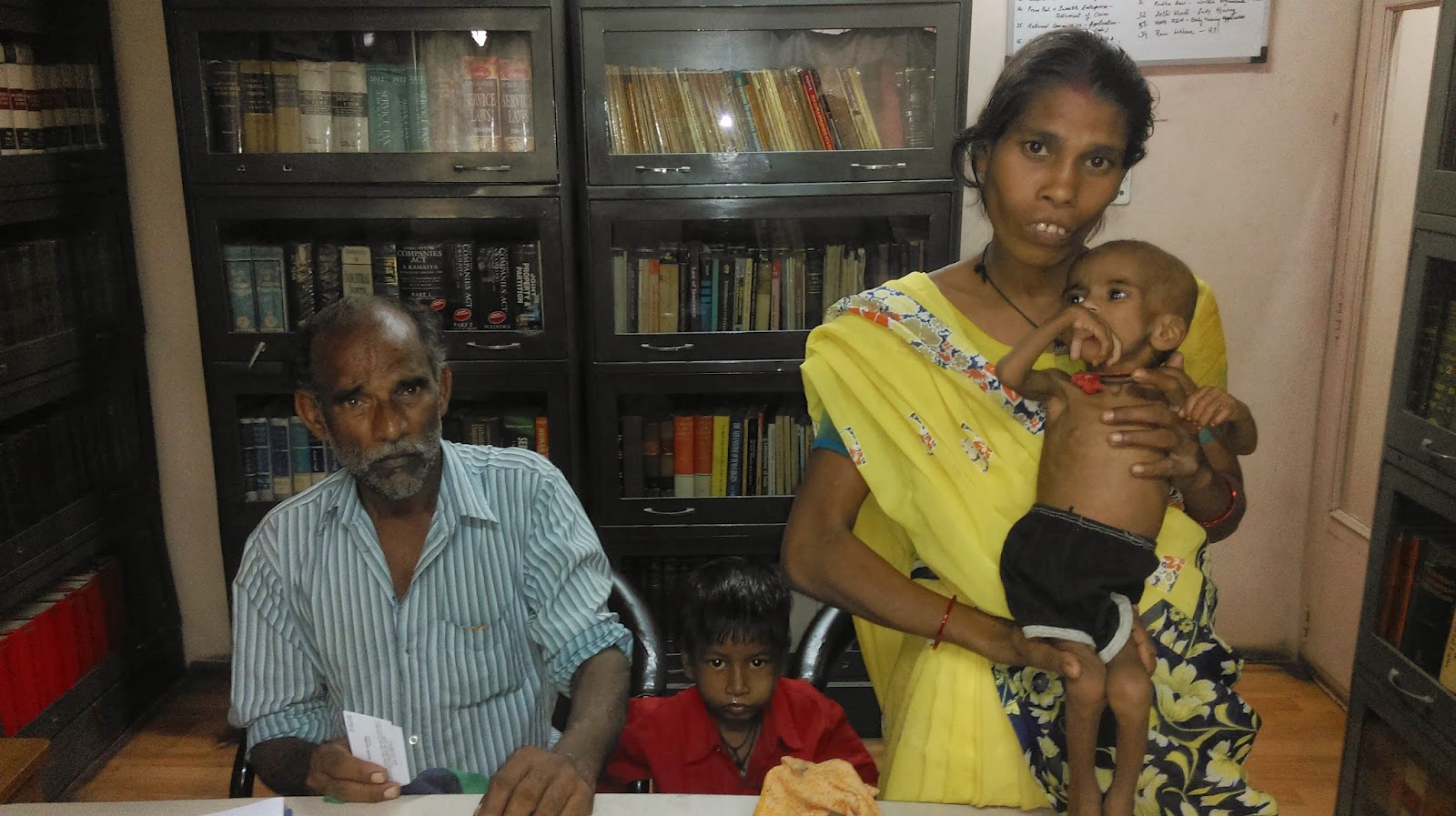 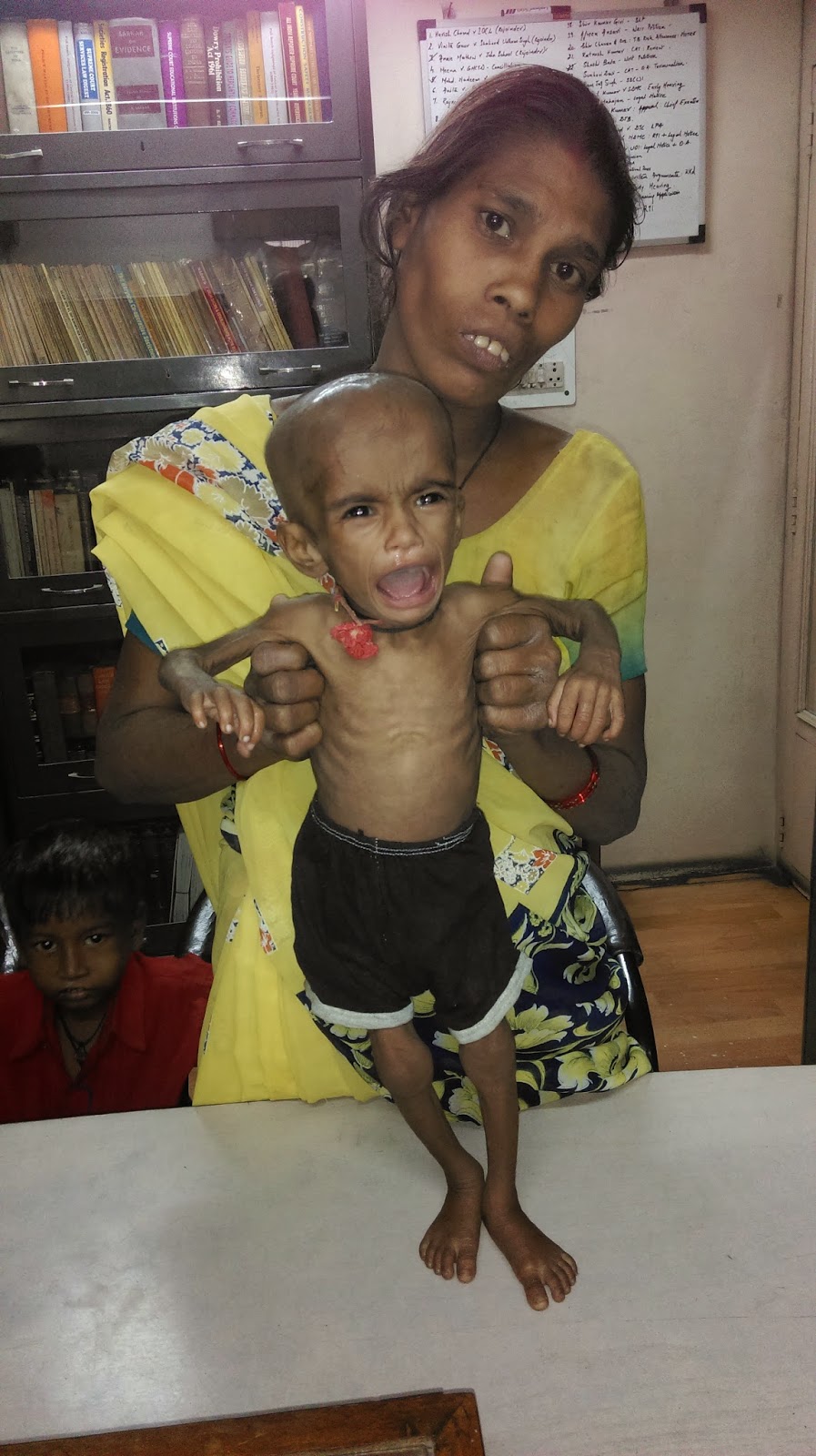 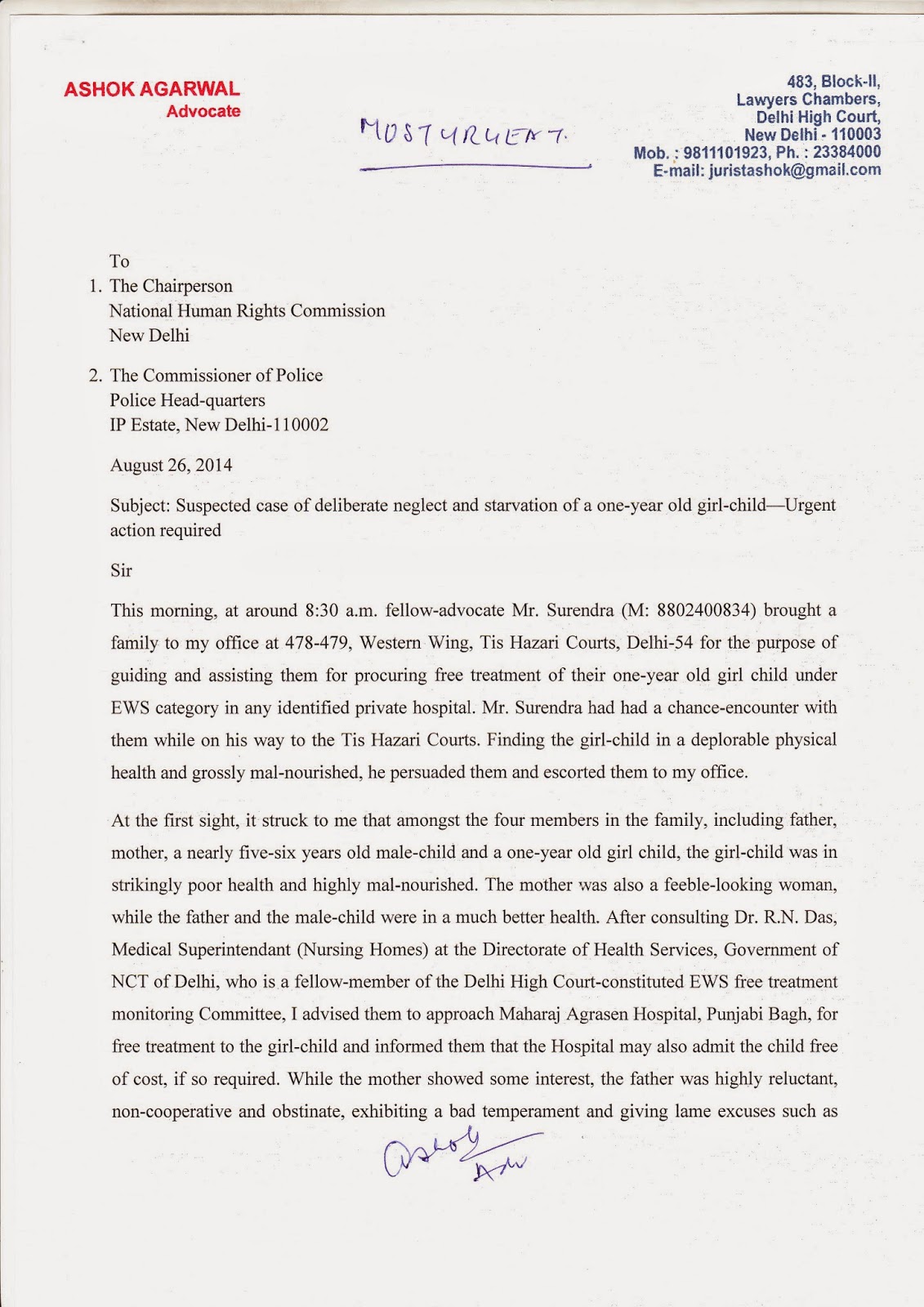 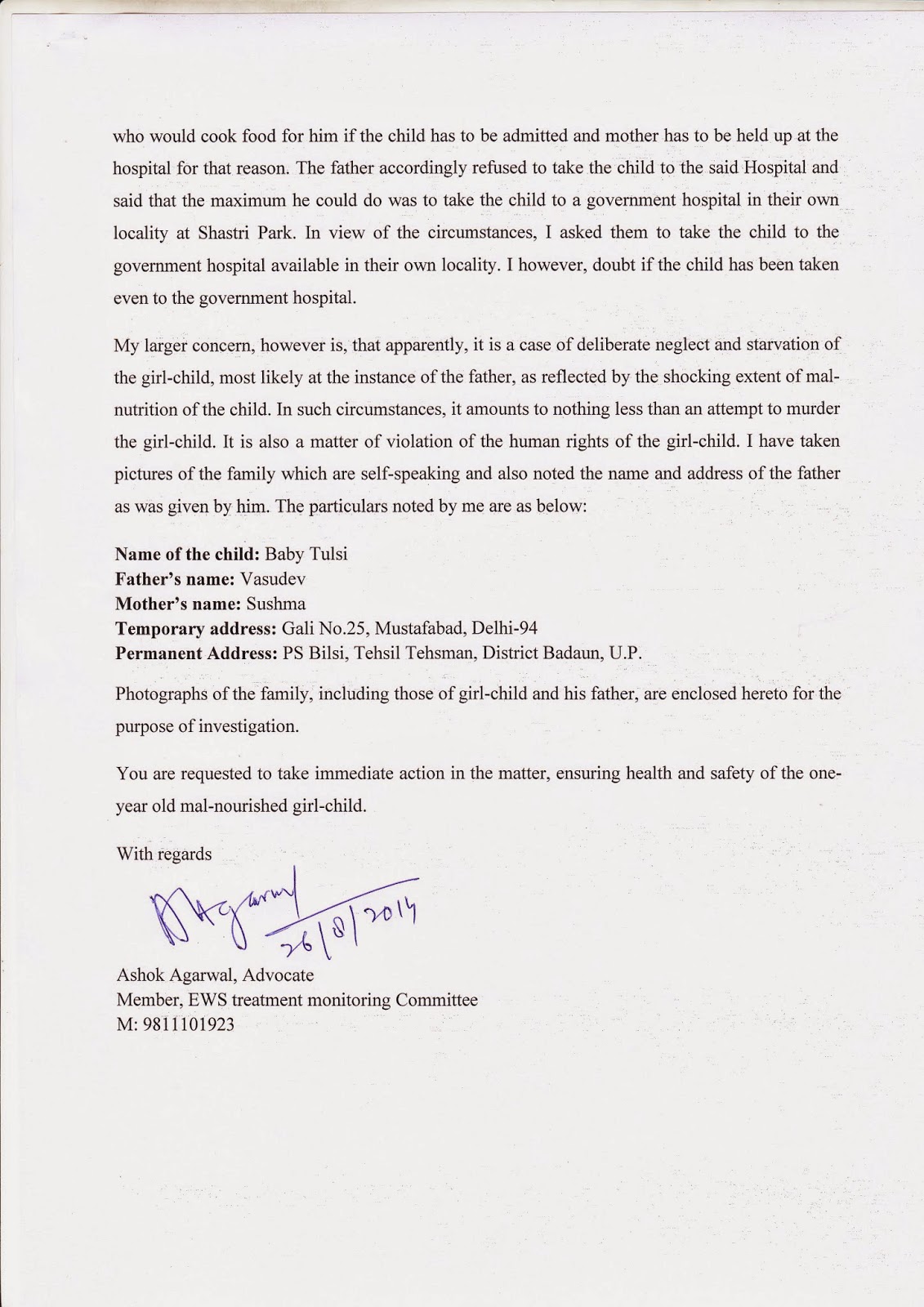